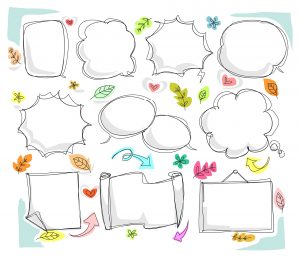 Een dialoog uit Grey’s Anatomy seizoen 3, aflevering 9 – ‘From a Whisper to a Scream’:

MEREDITH: ‘Okay, Derek’s in jail and I’m in the mystery car. What’s the question?’
CRISTINA: ‘Would you turn yourself in? Or would you stay quiet and let Derek go down for a robbery in which you were a complicit participant? Or would you gonna stand by him?’
MEREDITH: ‘Well, whose idea was it to rob the bank?’
CRISTINA: ‘I don’t know. I don’t know. His. But you helped. Could you live with yourself if you just walked away and let the man you love take the fall?’

DEREK: ‘Six-letter word for “pinnacle”.’
MEREDITH: ‘Zenith.’
DEREK: ‘Ah, this is good. No sex. Crossword puzzles. Current events. When does the knitting start?’
MEREDITH: ‘Shut up. Good things come to those who wait.’
DEREK: ‘Yeah? I want sex.’
MEREDITH: ‘There will be no sex.’
[Cristina komt de slaapkamer binnen.]
CRISTINA: ‘Am I interrupting sex?’